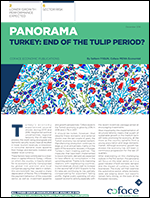 Download this publication : Turkey: end of the tulip period? (1.46 MB)