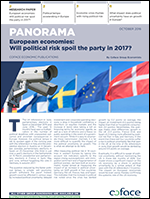 Download this publication : European economies: Will political risk spoil the party in 2017? (280.15 kB)